I feel like right now, we need comforting things more than ever. We all have different definitions of what’s comforting, though. Some people like to listen to calm music to chill out, while I like to listen to things that are very likely to give me a headache. The same goes for comforting books.

My way of looking at “comfort reads” are both my absolute favourite books ever (which could be of any genre) and books that make me feel all warm and fuzzy on the inside like I just got a big hug. I should probably get rolling with this post before my rambling stops making sense! 😅

I was inspired to make this post after reading posts about comfort reads by May and Ilsa! Be sure to check out their posts and give them some love 💖 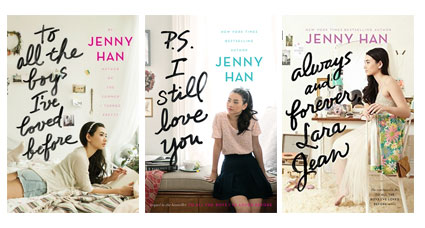 To All the Boys I’ve Loved Before by Jenny Han

What comfort reads list doesn’t have this series on it? You already know how cute and fluffy this trilogy is so I don’t need to tell you. 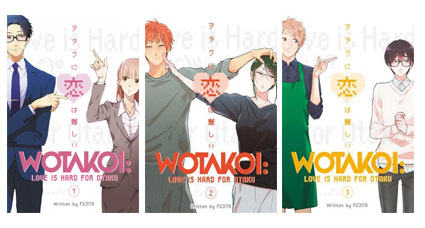 Wotakoi: Love is Hard for Otaku by Fujita

I’m not very up to date on manga that is currently running, but I do love this series. Well, what I’ve read of it I love. This is a series that started as a webcomic that centres on four otakus (devoted fans of something), Narumi, Hirotaka, Hanako, and Taro. Hanako and Taro are already a couple, but Narumi and Hirotaka begin dating so they won’t get dumped for being gigantic nerds. This is Japan, remember, where “nerd” things are seen as kid stuff. This series is so funny and cute and also frustrating me because the English release for volume 4 keeps getting pushed back further and further. 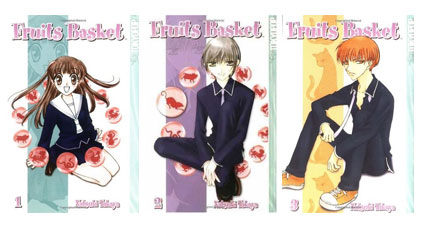 This manga series is an absolute classic and was the first manga I ever read when I was 9 years old. I wouldn’t exactly call this series fluffy because there are a lot of heavy themes (specifically abuse, both emotional and physical, abandonment, death, and violence) but there are still a lot of heartwarming moments. But, if you haven’t read this series and want to, just be aware that it does start off light-hearted and gets darker and more serious as it goes on. 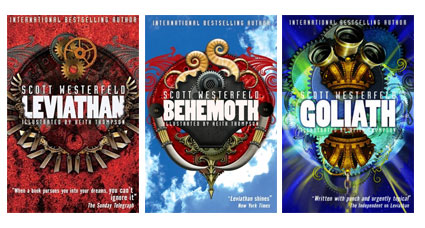 Can a trilogy of steampunk novels set in an alternate universe version of WWI be comforting? To me, yes because these are my favourite books by my favourite author. There’s a lot of action going on here, which is probably the exact opposite of what people want with a comfort read, and that’s fine, but to me, there is nothing more comforting than returning to your absolute favourite series when you’re feeling down. 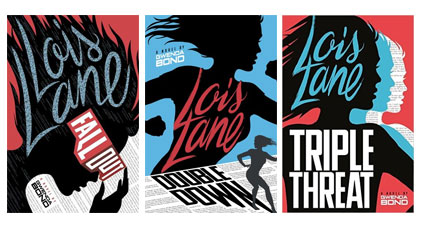 If you have stuck with me since my old blog, you will know how fiercely I feel about Lois Lane. Call her a damsel in distress, I will throw not only this trilogy of YA books at you, but every Superman comic published since 1970, the DC Animated Original movies that she appears in, Man of Steel and Batman vs Superman, Superman: The Animated Series, and a stack of Golden Age comics because you are WRONG.

But anyway. This series takes place when Lois is an army brat teenager and has moved to Metropolis where she has joined the Daily Planet’s junior team to help achieve her dream of becoming an investigative journalist. At the same time, she’s talking with her online friend SmallvilleGuy (no prizes if you guess who that is) and trying to solve mysteries that are being reported on a UFO website. There’s so much girl power here that I love it, and it is one of my absolute favourites. 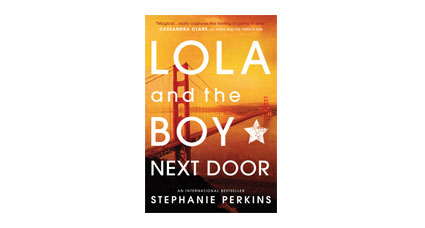 Lola and the Boy Next Door by Stephanie Perkins

It has been a long time since I read this book, but this one is definitely my favourite of the Anna-Lola-Isla trilogy. From what I remember, there’s no emotional cheating like in the first book, but we do have the grossness of Lola’s relationship with her adult boyfriend before we get to the pure fluffy goodness between Lola and Cricket. And who can turn down some good pure fluff?

Statements and opinions expressed in posts on this blog are my own unless otherwise stated. Opinions shared by others in comments may not reflect my own. I reserve the right to moderate comments.
Twitter | 151
Instagram | 166
Bloglovin | 306
%d bloggers like this:
×